The Day I Shit Myself.

A while ago something really traumatizing happened to me. It was a Friday that started off like most of my Fridays do. There were no signs to suggest that my day would have a horrifying start. No sign that this particular morning would be the start of a particularly bad day; such a bad day that it henceforth will be known as “Black Friday”. It has taken me months to muster up the courage to write about it here because I was embarrassed and ashamed of myself. I just hope you, my readers and Facebook fans, do not think any less of me after reading this blog post. But, before my courage wanes let me tell you about that shitty “Black Friday”. 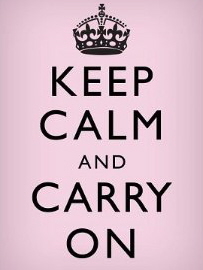 Fridays are my favorite day of the week. Mostly because I only have to endure 8 more hours of work before it’s officially weekend. Fridays are also the only day of the week that I can honestly say I am almost a morning person, with the emphasis on “almost”. On this particular Friday I followed my usual routine, woke up at 6:15am and proceeded to get my early morning caffeine and nicotine fix. I then sat down in front of my computer to update my social media and scan the interwebs for gay news worthy of sharing with my Facebook fans. It was a normal Friday morning by any means and there was nothing out of the ordinary, but that would soon change.

You see my bowel movements are predictable and they are regular and that is just the way I like them. I usually have them in between the time I spend updating my social media and the time I get dressed for work. On this fateful morning it was not to be any different. As I was finishing updating my social media presence I could feel a slight rumbling in my stomach. This is normal for that time of the morning and it usually is my body’s way of notifying me in advance of having to make an imminent deposit in the loo. Not concerned that the rumbling heeded a sense of urgency, I decided to hold off going to the loo and instead went to the studio to select my outfit for the day. That would prove to be a dreadful mistake.

As I unlocked the studio door the rumbling in my stomach went from a mild loo notification to a more prominent warning groan. But, I know my body (or so I thought), and believed that I still had a good 6 minutes before my loo call. As I was taking my outfit off the clothing rail, the groan in my stomach took on a more ominous tone. It wasn’t long before I realized that the 6 minutes I thought I had would expire earlier than what I had anticipated. So, I took the clothes and, this time with a sense of urgency, I attempted to lock the studio door. Then it happened, suddenly and catching me totally off guard I found myself at the wrong side of the loo count down.

My bowels were about to move and I wasn’t ready for it. All I could do was to clench my ass as tight as I possibly could and pray. It was crunch time! Out of absolute desperation I abandoned the key in the door all the while clenching my ass so tightly I could have made a diamond in there. Rather frantic I rushed into the house and as I entered I realized that only clenching my ass muscles was insufficient. I needed a backup defense system in case my rectum fails me so I proceed to also clench my rectum muscles as tight as humanly possible.

“Holy Mary, Jesus & Joseph” I thought “this CANNOT be happening to ME!” In my final desperate moments I dropped my clothes on the floor and were about to leap into a sprint. But one thing no one ever told me is that if you are clenching every muscle in your ass and rectum to prevent yourself from soiling your pants, sprinting will nullify all those efforts. So I guess what happened next should not come as a surprise.

To my horror in mid sprint halfway to the loo the unthinkable happened. -I began to shit myself. At first only a little and then the flood gate opened only 9 feet away from the toilet. "I was so close! So damn close!!" I thought. Then a strange sensation overcame me, the sensation you only get when you shit yourself. Apart from your pants becoming heavy, I also experience an euphoria of guilt, disgust and shame combined with relief.  My self-esteem was also as soiled as your pants and I felt ashamed. Very ashamed! The kind of shame you cannot put into words. The kind of shame nobody who haven't soiled their pants would understand.

As the sensation of my own excrement was weighing me down, I went to the only place in my mind that would make my situation remotely acceptable. I went to my favorite place - denial. “Nooo, I didn’t just shit myself. No... not me.” “This didn’t just happen, it must be a bad dream, come on now, on the count of 3 wake up!” But it wasn’t a bad dream. I did shit myself! I shit myself right in our dining room. I shit myself and the proof was in my pants and whether I liked it or not I now had to accept it and I had to do something about it.

So I held my head high, breathed in deeply a couple of times and with my chest out and shoulders back I uneasily walked the remaining nine steps to the toilet, took off my pants and pretended to finish my business in a dignified manner. The last time I shit my pants was during the time my parents potty trained me and I really was not expecting to do it again until much later on in my life, like let’s say in my mid to late 90’s. But, at least when I am 98 I will be wearing an adult nappy so technically I wouldn't actually have soiled my pant.

After I removed the evidence of my hugely embarrassing bowel disaster, had a shower and got dressed. The trauma of my experience hung over my head and I had to share it with someone. So I phoned my husband “Honey, something awful just happened to me. I bet you will never guess what it was!” and I was right, he didn’t. The rest of that day pretty much went downhill from there. It was not my finest hour, proudest moment or fondest memory. May this never happen to you! Shitting your pants really has a way of ruining your whole day! And Black Friday was indeed really a shitty day.

i'd say, nothing to be embarrassed about. Hey, at least you were not on a subway, train or plane. Things like this have happened to many people. Just a natural bodily function.

I doubt there are many people it hasn't happened to...but I have to ask, why blog about it? lol