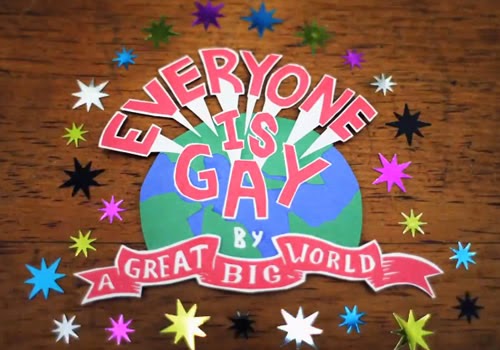 This is the gayest song ever from the band A Great Big World.

The song was written in support of the website Everyone is Gay that offer support for LGBT youth.

A Great Big World believe in the work that Everyone is Gay is doing and stand by everyone who live in fear of being their authentic selves.  They believe that no one should be bullied or treated unfairly based and their sexual preference.

Diversity should be celebrated.

What moms say to gay sons 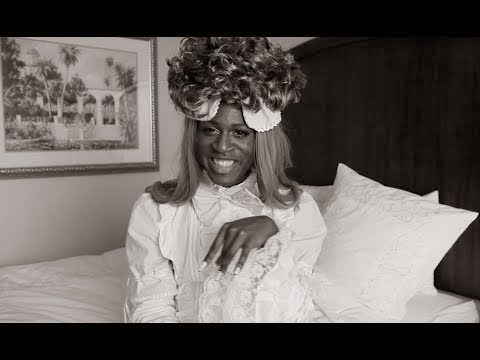 "Did you need more hugs?  So that's where my cucumbers went? But you like girls?"

Yep, at some time or another we have all heard these questions from our moms.  Check out this video for a giggle or two, or three.

What if Heterophobia was real. 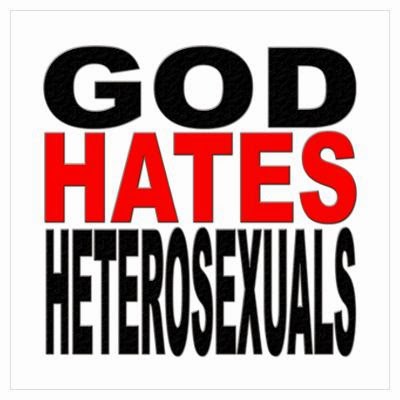 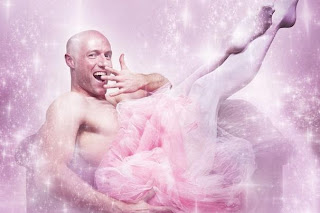 This is what all straight girls need to know about gay guys.
Posted by Unknown at Wednesday, March 12, 2014 No comments:

Uganda: Who are really responsible for the imminent gay genocide. 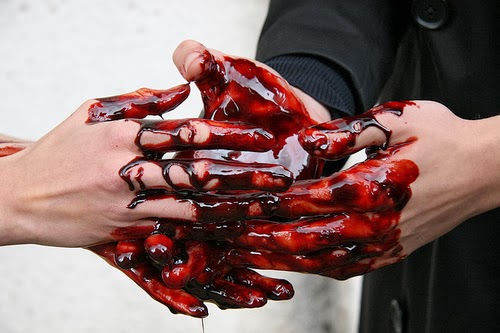 The world is up and arms about Uganda signing their new Anti-Gay Bill into law.  A bill that now makes it illegal to be homosexual in Uganda and makes it illegal not to report homosexuals. A bill that makes provision for homosexuals to be handed sentences of life imprisonment.  A bill that has now already caused two confirmed deaths in Uganda as a direct result.  But have you ever stopped and wondered who are the actual people responsible for this flair up of radical homophobia in Africa? Have you ever wondered who are the people who now have blood on their hands in the name of Jesus?  If you did, then watch this video and find out who are spreading homophobia in Africa and Uganda in the name of Christianity.
Posted by Unknown at Saturday, March 08, 2014 4 comments:

I still want a gay donkey.

In my previous life I must have been either a zoo keeper or a veterinarian.  You see I love animals and the furrier the better!  This is something that I am sure is causing my husband some angst every time we casually stroll by any pet shop, SPCA, animal shelter and every time he gets a call from me that starts with the words “Honey, don’t get angry but…”.  I am not sure if my accumulation of furry animals is bordering on a full blown obsession and frankly I don’t care.  Our house is slowly but surely starting to resemble a small petting zoo and we are about one animal away from violating several municipal bylaws.  This is why we have high walls and poor social skills when it comes to our neighbors.  Presently, we are the proud owners/parents of 4 cats, 3 bunnies, a tortoise and several frogs which I also view as pets – a pretty normal domestic situation don’t you think?  I mean really, if Brad and Angelina can collect children, why can’t I collect pets? 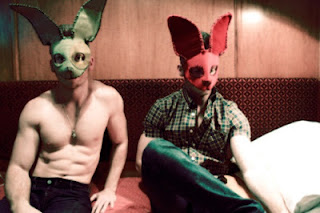 Just under two years ago I bought a rather expensive bunny cage.  This was my preemptive way of ensuring that hubby would find it difficult to say no when I seriously brought up the issue of buying bunnies.  After all, I did spend some serious money on the cage already and it would be wasteful to have a cage that’s barren of cuteness and whiskers.  Hubby reluctantly agreed after some deliberation and some begging (Yes, I am willing to stoop to begging to get what I want) but he had two deal breaker conditions: 1) I was allowed to get only two bunnies and 2) they have to be fixed.  Apparently bunnies can have babies once a month and can fall pregnant again within 24 hours after having given birth, so two bunnies could easily add up to 200 in a single year.  So shortly after we returned from New York I went bunny shopping.

After several phone calls and spending some quality time on Google I eventually found the perfect bunnies.  They were hybrid dwarf bunnies and it is just a fancy way of saying their mother was a purebred dwarf bunny who had a night of unbridled passion with a pavement special.  Being “bastard” bunnies they will be smaller than your normal bunnies but bigger than dwarf bunnies and when they are fully grown they will be just under 30cm in length.  When I saw them I immediately fell in love with them and that is how Alexei and Alina become the newest members of our gay little family.

Bunnies are adorable, affectionate and highly entertaining to watch.  They also behave like very inquisitive toddlers who don’t understand what “NO” means.  You see bunnies, like most animals, are born with certain inherent instincts that drive their behavior and ensure that they stay alive in the wild.  Just because they are in the save confines of your house and domesticated doesn’t mean that those instincts will automatically disappear and this I had to learn the hard way.  You see in the wild bunnies chew on roots to make sure that their burrows are clear and accessible and, coincidentally, in your house electrical cables appear very similar to roots to baby bunnies.  To make a long story short, in the week that we have had our bunnies we have lost an iPhone charger’s cable and the iPad’s charger also due to its cable being chewed off.

Understandably, we were a tad tardy with bunny proofing our house and we paid the price for that.  Having learned a couple of expensive lessons in keeping bunnies 101 the house is now bunny proved.  We also had to potty training our bunnies.  They can be trained to use a litter box but first you have to figure out which corner(s) in the room they are in they prefer to pee in.  Bunnies are clean animals and are very specific regarding their toilet habits (not much unlike myself with reference to bathrooms).  They like to poop while eating and they like eating a lot so they poop a lot.  If they decided they like a specific litter box they will use it, but if any other animal use their litter box (ie one of our four cats) they will no longer make of use it.  This is a problem.

Speaking of our 4 cats, Boris the youngest of the four decided from day one that Alexei and Alina were his pets.  He spend the majority of his time hovering over the bunnies and he watched them like a hawk.  The fact that they are playful and likes playing with him has really helped them bond.  Unfortunately for Boris the bunnies have the energy level of an atomic bomb and they rarely stop hopping around and playing.  This has caused a very exhausted Boris to, from time-to-time, go and hide to get a moment’s rest and peace and quiet.  The bunnies adore Boris and he adores them and watching them interact in the way they do is really sweet and heart warming.

The only downside of having bunnies, apart from chewing on cables and some peeing accidents, is my allergies.  As most of you who read my blog regularly know, I am allergic to world and I really should be living in a plastic bubble.  But, strange as it may sound I am not allergic to the bunnies.  However, I am allergic to their staple diet.  Being allergic to all forms of grass it should not have come as any surprise to me that I am allergic to hay.  Since we got our bunnies Alexei passed away in a tragic car accident.  Hubby accidentally reversed over him.  It was all very traumatic.  That is how Vladimir came into our lives.  Being a descendant of a wild rabbit he still maintains some of his forefather's tendencies.  However, he loves the luxuries of being a domesticated bunny.  He loves the fact that he sleeps inside the house, there are food on demand and the fact that he does not have to dodge predators in the wild. 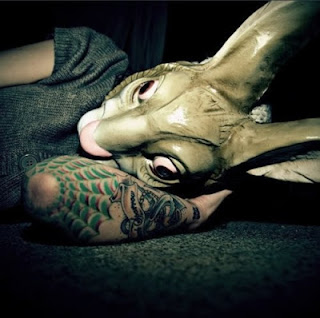 Dimitri, our new fluffy addition to our family is also doing splendidly.  I rescued him a month ago and he was in really bad shape when I found him.  Since he has been with us he had two operations (long story) and his luxurious coat has grown back.  I think all Angora rabbits think they are aristocrats and Dimitri is no different.  He behaves as if he is a prince and he demands love and attention.

Dimitri and Boris have become fast friends but our other two bunnies still don't trust him.  The fact that he taunts them by running laps around them trying to get them to chase him also doesn't help.  I suspect that the first couple of weeks Dimitri was on his very best behavior because in the last two weeks he has been a bad BAD boy.  He has chewed on two pairs on pants (which are now destroyed), chewed off an iPhone charger cable and chewed off a lamp cable.  So now our bedroom (in which he sleeps at night) has also been bunny proofed.  One would have thought that we learned our lesson the first time.

Our petting zoo is growing by the day and I have succumbed to the fur yet again.  Hubby said that this was now the last animals I was allowed to bring home and he drew a proverbial line in the sand.  “We don’t live on a Farm and this is NOT a Zoo!” he said in his Tim Gun angry voice.  I am not sure what will happen if I accidentally cross that line and I am not sure hubby knows either, but let’s hope neither of us find out.  I still desperately want to get a gay donkey (and no I am NOT kidding), I shall make a horn for him and call him our “special needs unicorn” and name him Rainbow.  I don’t think the neighbors would approve and I don’t think my husband will allow that, but one day is one day…