Recently coming across a YouTube video by a young man talking about homophobic gay guys not only had me intrigued but also quite troubled. In this video he spoke about how in the last 2 years (after coming out of the closet) he has come across more homophobic gay guys than straight guys. He further put forth his own analysis of this phenomenon. He just being 22, I must admit although he’s very cute and my natural gay instinct was to stare at his lovely topless body I did pay attention the video’s content. Although I disagree with a few points he made, the fundamental question raised is interesting. Are there really homophobic gay guys out there?

As we all know the gay community is very fickle over just about everything. I have found that it can be difficult to get GLBT people to get off their asses to do something for a cause if it does not include a parade, a party and/or alcohol. We also, at times, appear to have a slight attention span problem and also tend to disagree allot about a multitude of issues. In my opinion, this is normal as we are all individuals, with different priorities and different preferences.

Being part of a community does not imply mindless conformity because if it did, we would be one hell of a boring bunch. Yet, with all our differences we still classify ourselves into categories in the gay community based on our age, appearance, preferences and attitudes. We get the twinks, bears, bear cups, leather daddies, butch, femme, tops, bottoms, straight acting, stephford fags, jocks, drag queens, transvestites, lipstick lesbians and I could go on. I belive categorizing ourselves in this manner is an attempt not only to acknowledge our differences but also to achieve a sense of community. We are after all as diverse as the colors of the rainbow flag that represents us. 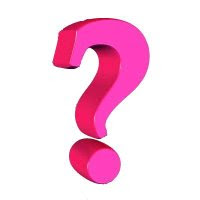 So why in a community as varied as ours and with such a plethora of opportunity for inclusion do we still get the odd queer that would state he/she hates gays? Personally I have crossed paths with a few of them and in most cases the experience left me flabbergasted. I mean really… you are gay, in a gay club playing tonsil hockey and in all probability will later play hide the sausage with another man and afterwords will be basking in the satisfaction of off loading your primal desires, yet you don’t like gays? The same goes for carpet munchers who have their cake and eat it and with the tingling taste of sugar still on their tongue declare they hate lesbians. My first reaction would always be a sarcastic frown (when I still could in my pre-Botox phase) and with my head bopping and fingers clicking would say “Girlfriend you are confused!” Do they really hate gays, or is it self-loathing or disillusionment with the homosexual lifestyle?

It’s bad enough to deal with homophobic heterosexuals but when it comes to homophobic homos it’s like the kettle calling the pot black. Being the curious creature I am I could not let this go and engaged some of these controversial homophobic homos. What I found was that in the majority of the cases the statements was based only on aspects of homosexuality and not on its entirety. Some were merely irritated with their perceptions of and experiences with the gay lifestyle that included promiscuity, drug abuse, relationship issues, elitism, ageism, superficiality and ostracism. Some were personally hurt by the gay community either through repetitive failed relationships, the choice of bad friends and/or having fallen victim to discrimination due to their specific category in the gay community and not receiving the support they craved from the community itself. It was not that they hated gay people they hated what had happened to them and they were not likely to go burn the gay flag at some rodeo or sport event or protest at gay clubs and bars. 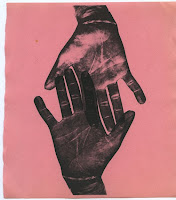 On the other spectrum there were those gay homophobes that truly meant what they said. Whether their strong aversion stems from self-loathing, denial, or like a friend pointed out, their own feelings of guilt that they are transferring to a whole community is not always crystal clear. I guess if you were raised in a community where homosexuality is frowned upon (to put it mildly) and fear and denial of who and what you really are combines, the outwardly expression of their own insecurity and personal conflict will materialize in homophobia. They are the ones most likely to join these weird and sinister Christian groups that convert homosexuals with prayer, Bible study and group meetings. It’s like AA for gays, however it led me wonder whether it is not only making things worse for them to fight a part of themselves which they can’t really fix? In this light shouldn’t their homophobia be seen as a cry for help?

It’s sad but true there really are homophobic homos out there. Some gay people make reckless and derogatory statements about our community in the heat of the moment but once cooled down their rainbows shine bright once again. Unfortunately we also have those brothers and sisters who are in the midst of a terrible storm and can, for the moment, not see past the dark clouds, pouring rain and lightning. We as a GLBT community should have patience with them and help them weather the storm so once the sun emerges they too will see their true colors shine bright and be proud.

After my recent post "The Abomination of Humanity" that dealt with the hate mail I receive on a regular basis I decided to publish some of these mails on my blog. The normal "burn in hell" and "fuck you faggot" mails I decided to ignore, and rather only publish ones that have an inkling of intelligence. So here is one that was sent to me via Facebook: 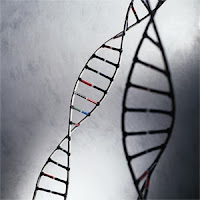 Message 1:
"we hate you cos you are fucking poofs...."
Message 2:
"The thing you people seem unable to grasp is the fact that in basic biological instincts mean that any organism is hard wired to reproduce and further the existence of the species.
Any organism that did not wish to reproduce, a gay organism if you will, would not pass on its genes. Therefore it follows that put crudely, gay people have a genetic defect.
In a primitive life form, the gay gene would be gone after a few generations as it would not be passed on, and would only again occur in an organism due to a defect. Now of course we live in a politically correct world so defects are embraced in more developed nations.
You wouldn't kill a disabled child just because they were born with the disability, but that does not change the fact that there is a defect with that child. They are not normal in a genetic sense. As are gays. I do not mean to imply that gay people should be killed or anything, but it is a biological fact that they have a gene defect."
At least this person tried to provide some "scientific" rationalization for his homophobia. It's quite refreshing to receive a "hate mail" without some religious tone to it. According to this genius gay people are defective primitive organisms that will go extinct. And there I thought we were superior organisms, I guess it's back to the lab for a reanalysis.
Till next time.
'Marry Me' performed by Lesbian activist Melange Lavonne and directed by gay filmmaker Fable Jonze
Posted by Unknown at Sunday, November 15, 2009 35 comments: