Homo for the Holidays

Homo for the Holidays a "Born this Way" parody but with Jesus.

Posted by Unknown at Tuesday, December 23, 2014 No comments:

Hallelujah How I Blew Ya: Concerto in BJ Minor 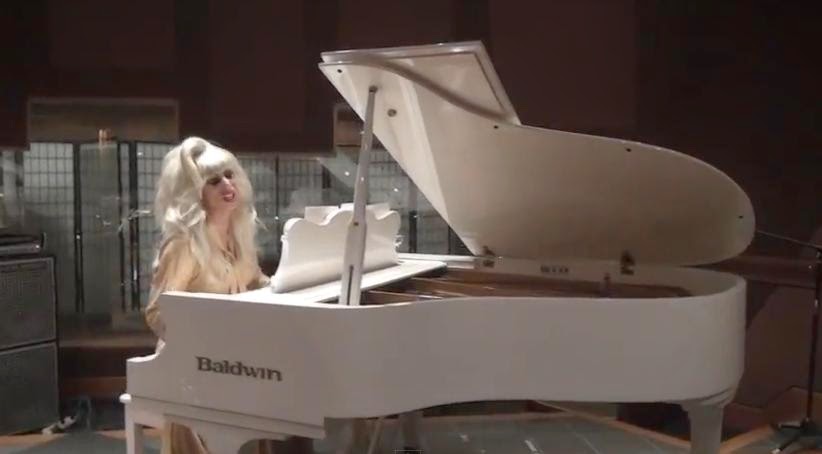 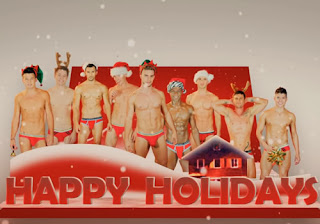 Yes, it is that time of year and I am wishing you a happy holidays. 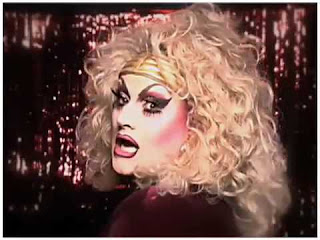 Are you in the holiday mood yet? Jackie Beat sings her scandalous parody of Santa Baby, in a video by Austin Young!
Posted by Unknown at Friday, December 19, 2014 No comments:

Demonic Possession & Homosexuality: Are you possessed?

Those who are friends with me on Facebook know of my secret obsession with the television programs The Haunted and A Haunting.  The scariest episodes of which are the ones featuring demonic possession.  These programs scare me so much that not so long ago I got frightened by my own shadow in the shower, almost peed myself and screamed like a little girl as a result.  So imagine my surprise when I learned this week that I too might be possessed by a demon.  I might be possessed and not even know about it and to make things even worse - you might be possessed too! 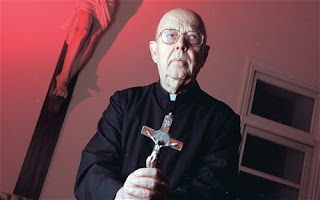 My old friend Pat Robertson (the American “Christian” Televangelist) had a religious epiphany on his harebrained morning television show a while back.  While discussing a man in a brokeback marriage’s behavior of trolling the streets longing for cheap sex with men, Pat came to the conclusion that it must somehow be related to demonic possession.  When I saw this I must admit that I did get a little excited but not for the reasons you might think.

You see I thought that my possible demonic possession could explain my mood swings and IMS (Irritable Male Syndrome - in case you missed that blog post).  If I was indeed possessed by a demon then all I needed to do is contact my local Catholic Church and get an exorcism sanctioned by the Vatican.  We all know the Pope adores me and if he could he would jump at the chance of making me straight.  But being the rational person that I am I decided to examine this more closely before I voluntarily invited the Pope or any of his priests’ holy ghosts to enter me from behind.

The Exorcist must be the one movie about demonic possession that scared the living shit out of me the most.  Needless to say I have watched it several times too many and it serves as my personal point of reference when it comes to extreme cases of demonic possession.  So being a professional homosexual it would be expected that I (according to Pat) too be the victim of an extreme case of possession and, in light of this, I decided to look for any of the warning signs. 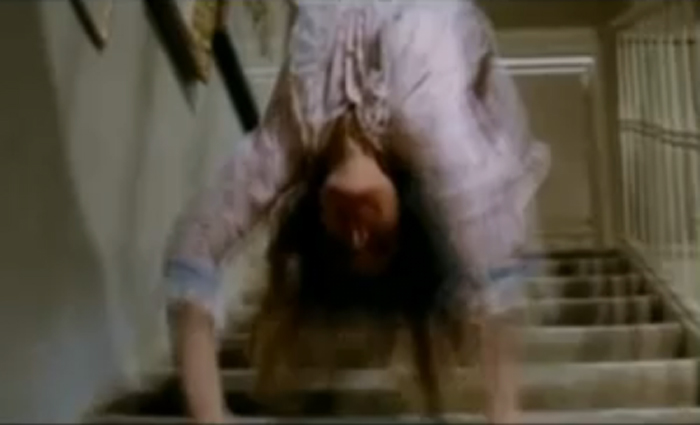 In most episodes of The Haunting the ghosts, spirits or demons either hid away in a closet in a house or used a closet or a fireplace as a portal to enter our realm with the purpose of haunting a house or to possess  humans.  Is this a coincidence?  Is this why homosexuals come out of the closet?  I don’t know.  But I do know that most people’s closets are scary godforsaken places and the only creatures that like to spend time in there are cats, mentally disturbed children and apparently demons.  Whether they do this to secretly judge your wardrobe or are taking pleasure from looking at items of clothing that are reminiscent of some bad life choices you have made in the past, who knows.  But they like closets, and I do not.

Demonic possession is always portrayed as this scary evil thing but if Pat is right and all queer folk are indeed possessed by demons it would mean that the media’s portrayal of possession is wrong.  Sure some homosexuals can talk in tongues when drunk, stoned or high.  Sure some homosexuals can get violent when her girlfriend is being chatted up by another chick at a bar.  Sure some homosexuals could neglect their personal hygiene (Robert Patterson I am talking to you).  But it’s not all vomiting green slime, foaming from the mouth and sexually violating religious paraphernalia while levitating above your bed.  There is more and according to some religious fanatics we also have an earthly leader paving our way to hell.

Demon possession and the embodiment of evil have been attributed to Lady Gaga and her legion of little monsters of which I am one even though her latest album kind of sucks.  Mother Monster, as she calls herself, has been called many things and some fanatical religious folks even went as far as to say the devil is working through her.  Furthermore, they claim Gaga’s album Born this Way is filled with evil messages and satanic symbolism.  Apparently what we all saw as dramatic flair and artistic expression has in fact always been evil and straight from the devil himself.

After some strenuous research on Google I could not find any evidence supporting Pat’s theory on homosexuality and demon possession.  If you think about it, why would any demon from hell want to possess a homosexual anyway?  If you have seen the weird shit homosexuals do to their pets when we are bored you can just imagine what corny outfits we would dream up for our demons.  Some of us queers curse like sailors anyway and the demon may find it difficult to keep up with our four letter word vocabulary.  And then there is hell and I am sure Satan would not appreciate it if a bunch of Queens merrily skipped in there signing “I am on the right track, baby I am born this way” while putting our paws up and started redecorating. 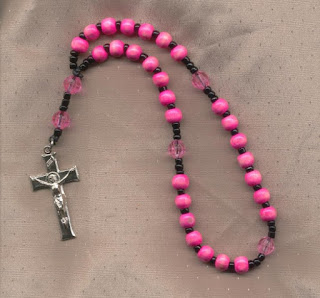 So before you reach for the holy water, crucifixes and run into the warm not so platonic embrace of your local Priest, chances are that you are not possessed by any demon.  Our dear friend Pat in all likelihood just had one of his regular brain farts and clearly did not think it through before he made that statement.  Just like we did not cause Hurricane Katrina and the lesbians aren’t partly to blame for 9/11.  Sorry Pat, perhaps it is time to start taking those meds again.

You know what they say about men with big feet, is the same true of clowns? Well, just the other day this disturbing conundrum was forced into my psyche by one of my loyal and well meaning blog readers. This led me teetering down an upsetting path of discovery of just how bizarre human sexual fetishes can be. I never knew it existed and now that I do, my coulrophobia has spring into overdrive! 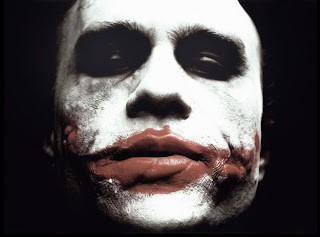 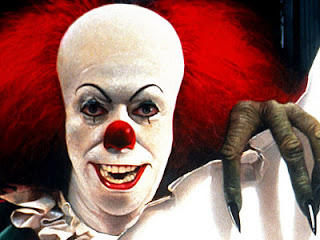 Personally, I have never liked clowns, they freak me out and I am scared to death of them! I have always thought there was something macabre and evil about clowns and now I am certain. After all you never quite really know what the person behind the makeup looks like, what true feelings or urges they are masking behind their silly acts and what their true motives are behind those chilling laughs. I have never trusted clowns and not in my wildest imagination (and it gets pretty wild sometimes) did I think off clowns as ever being sexual or God forbid – SEXY! 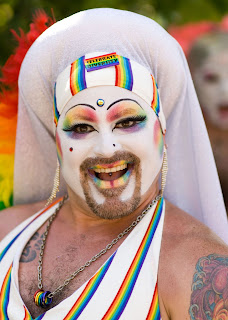 I take solace in the fact that this clown fetish phenomenon is currently largely a niche and heterosexual thing. However, I suspect it’s not long before a Gay Clown Porn movie is made. I for one most certainly would not have any interest, whatsoever, to watch it, as I would have nightmares for months or even years to come. I can’t even imagine what the story line and setting of such a queer film would be. The circus seems too obvious and a children’s party would just be wrong and not to mention illegal. Would Bozo venture into plumbing, mechanics, the army, a sexy camping trip or be kidnapped by sexy Amazon men? Or would poor old Bozo be lost in the streets looking for his circus tent and then be sexually exploited by a bunch of street thugs? Who knows, the possibilities are endless.  And the thought troubling. 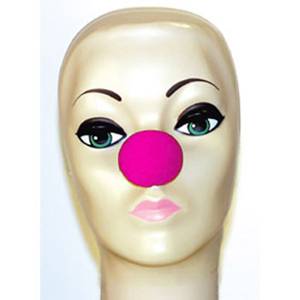 How do you know if your lover is a Clown Porn Freak? In all probability the first tell tale sign would be if he gets super excited when he hears the circus is coming to town, then when at the circus he pitches his own tent in his pants when the clowns enters the ring. Your suspicion should also be roused when the circus programs with Bozo’s face on it have not been discarded weeks after the circus have left, and have now became all wrinkly and crusty. You should really be worried when you lover comes home in October with two clown costumes with accompanied clown paraphernalia, and when asked about the odd purchase he tells you it’s for Halloween. Finally, all suspicion should be gone the night he enters your bedroom dressed as the clown Funking Frankie and then enters you calling you his bitch Coco!

When it comes to sex the human race is a Pandora’s Box of the strange and bizarre. All people have their own flavours and preferences, whether it’s silk or leather, cowboy or clown. Whatever you are into you will find pornography that depicts your every fantasy, twisted as it may be. Today I learned something new and this I know for certain – when the circus is coming to town I’ll be not go and stay clear of clowns!