Do I look like a Heroin Addict to you?

As some of you who read my blog regularly know, I was diagnosed with early onset male menopause a couple of years ago.  And yes, that is a legitimate thing.  And no, I have not started growing boobs and getting my period.  People this might come as a shock to you but I don’t have a uterus or a vagina.  My body just started producing less testosterone than it should and consequently I had to get hormone replacement injections. 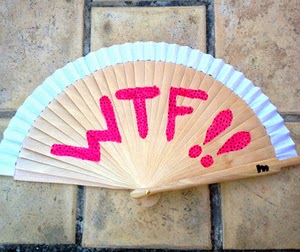 It’s like getting a vitamin B shot.  Only it’s not vitamin B.  It is hormones.  I had to get a shot once a week and I use to have a nurse at my pharmacy who gave it to me.  Then she resigned and I was left with a conundrum:  Do I find another nurse or do I give the injections to myself.  As things turned out, in my cornucopia of options, there was a third option – my husband.


Look, I probably am one of the few people who are not afraid of needles or injections.  I guess the fact that I have had so many injections in my life probably desensitized me to it.  I have even given myself a few injections in my day.  Both times were out of sheer desperation and both times involved my back going into spasm while I was working away from home.  Both times also involved dodgy medical facilities with questionable hygiene which was the reason I opted to rather inject myself.

When I learned that my regular nurse resigned at the pharmacy I normally go to, I did not think of it as a huge train smash.  I was in no mood to test drive the new student nurse who was there in the interim.  So I asked my pharmacist if I can’t just administer the injections myself.  To which she rather nervously answered “Well, I suppose you can but I don’t recommend it”.  In my mind this meant she was saying “Sure, knock yourself out.  Just don’t hit a vein, ok.”


So I bought some syringes, needles and alcohol swabs.  When I got home I tested to see if I could inject myself in my bum but soon learned that it would not be possible.  I did not want to inject myself in my leg muscle, because you know – the vein issue that the pharmacist warned me about.  Then I realized that hubby could do it.  He loves me after all and won’t intentionally hurt me.  Besides, it’s only an injection and it’s not like I would be asking him to perform major surgery on me or give me stitches.

When hubby arrived home that evening I told him about the nurse that resigned and that I did not feel comfortable allowing the student nurse to inject me.  I told him that he had to do it.  To which he responded “Let me get this straight.  You’d rather have me give you an injection who has never done it before rather than have a professional do it?”  To which I responded “Yes, if you love me you will give it to me in my ass”.  Sometimes my husband does not get my sense of humor.


After some negotiation hubby eventually agreed.  So we went into the bedroom.  I drew the correct amount of hormone out of the vial, replaced the needle with a new one and handed it over to hubby.  I then downed a glass of chardonnay and presented my ass to my husband like a mandrill monkey during mating season.  I told him to stick it in me already.  At first he was hesitant but eventually he did and he injected me flawlessly.  There was no bruising and very little bleeding.

It was then that I realized we are getting old.  I mean if the most exciting thing you do on a Friday night is downing a glass of chardonnay and getting a hormone injection from your husband then it is probably a good time to start shopping for a retirement home.  But you are only as old as you feel and since my hormone levels started stabilizing I had been feeling younger, had more energy and certain other areas in our marriage has also greatly benefited.  And yes, I am talking about the sex.


Hubby gave me my shot every Friday and we did this religiously.  The doctor said that I would have had to do this for a year and then we will re-evaluate if further treatment is needed.  The downside of all of this is having had to buy the syringes and needles.  For some reason people always gave me “that look” when they saw what I am buying.  It’s the look that says “I am judging you.  Are you a drug addict?  Or are you dying of something.”

For some odd reason I always felt like I had to explain myself in such situations; that I have to reassure those judgmental assholes that I am not a heroin addict.  But I never did.  Out loud that is.  But in my mind I was storming up to them and getting into their personal space, up so close that they can smell my onion breath from the salad I had for lunch that day and I screamed “These fucking needles and syringes are for my hormone injections.  I have fucking menopause.  Mother! Fucker!”  In my mind this was highly effective but in reality I’d probably get punched in the face or kicked in the balls.

So what if people thought I was a heroin addict once a month when I went and bought my four syringes, four needles and alcohol swabs.  So what if the cashier looked at me with those eyes that has more questions than answers.  It is none of their damn business it was for.  It is however a tad strange that part of our Friday evenings now included syringes and needles, but you know what they say – a couple that inject hormones for menopause together, stays together. Luckily my hormone levels eventually stabilized and there are no more reason for people to think I am heroin addict any more.

Till next time.
Posted by Unknown at Wednesday, September 07, 2016

Get professional trading signals delivered to your mobile phone daily.

Start following our signals NOW & profit up to 270% per day.

In this manner my pal Wesley Virgin's adventure launches with this shocking and controversial video.

Wesley was in the military-and shortly after leaving-he unveiled hidden, "self mind control" tactics that the CIA and others used to get whatever they want.

These are the exact same SECRETS many celebrities (notably those who "became famous out of nothing") and elite business people used to become rich and successful.

You've heard that you use less than 10% of your brain.

That's mostly because the majority of your brain's power is UNTAPPED.

Perhaps this conversation has even taken place INSIDE OF YOUR very own mind... as it did in my good friend Wesley Virgin's mind seven years ago, while driving a non-registered, beat-up trash bucket of a car without a driver's license and $3 on his bank card.

"I'm very fed up with going through life check to check! Why can't I become successful?"

Your own success story is going to happen. You just have to take a leap of faith in YOURSELF.

CLICK HERE To Find Out How To Become A MILLIONAIRE

Mahipalpur is very acclaimed for excellent Mahipalpur Escorts young ladies and you can without much of a stretch discover a wide range of marvels here. These young ladies are experts who are working in aircraft and top MNC's. They additionally have dreams to carry on with an existence of extravagance. Remembering that, they function as Mahipalpur Escorts. They hail from great families and have an exceptionally appealing figure. Any man can go obsessed with them. On the off chance that a man needs obvious satisfaction, he should visit this spot where his quest for lovely, sexual, enchanting beguiling women ends. Call girls in Mahipalpur

Indore Escorts Girls are real expert escort girls and are equipped for making your life an adventurous one. These girls are engaging and sexy which can attract you to the extreme.