A Cure for Homosexuality. Who knew?

Oh.  My.  God.  Apparently there is a cure for homosexuality and it is to be found in Ghana! Who knew, nobody informed Queer HQ and I sure didn’t get the memo! The Presbyterian Church of Ghana (PCG) apparently is established therapy centers for homosexual “victims” to undergo counselling, rehabilitation and some good old fashioned let’s “Pray the Gay Away”. According to the PCG homosexuality is spreading there like the herpes and they have taken it upon themselves to curb the infection rate with their unique cure. How utterly noble of them, don’t you think? With my homosexuality threatened with a possible cure, and my fagalicious ass quivering with excitement at the prospect of some steamy homosexual therapy, I could not help but wonder just how exactly the PCG plans on rehabilitating the Queers of Ghana or possibly, if they get their way - the World! 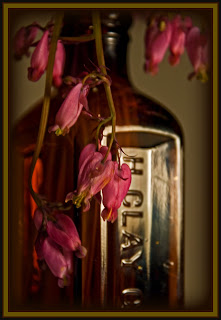 Firstly as an experienced professional practicing homosexual I must say I never felt like a victim of my sexual preference. Sure there was that time that I had to concede that I no longer fitted into my sexy leather pants and had to accept that my six-pack was a distant memory. And even though I did cry like an emotionally disturbed child whilst wiggling around on my bedroom floor still trying to force myself into those pretty tight pants, still I did not feel like a victim - I just felt fat! Sure, after that experience I joined the gym and for months was tortured with endless hours of cardio training, lifting weights and running like a gerbil on the treadmill, but not once did I feel like a victim of my homosexuality. So why do the PCG believe homosexuals are victims?

Well, to label people as victims of homosexuality and suffering because of it creates the impression that queers need saving. After all if there is nothing wrong with a group of people why try to fuck with their lives? The only thing that is truly causing suffering for the queers in this world is the utter ignorance and intolerance of people whose target audiences are the uneducated masses resulting in us being forced to suffer their stupidity. I mean really, do you think it is fun for us walking around in our well planned and immaculately accessorized outfit and it not be celebrated. Instead, many queers in countries like Ghana are too afraid to express themselves with their clothes and are burdened with having to tone down their appearance and go into hiding in plain sight. God forbid you look gay in Ghana! But for the queers in Ghana the PCG professes to have a cure, a cure that will miraculously alleviate the symptoms of homosexuality like being fabulous, well groomed and happy. So what would that cure be? 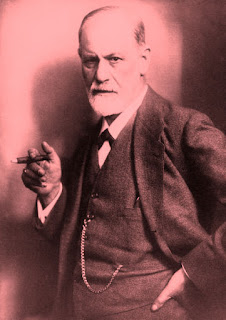 Apparently the PCG will cure homosexuality with the establishment of therapy centers. Oh my... what a well thought out plan. We all know how effective therapy is in converting homosexuals now don’t we. I am a living walking example of the fact that therapy is as likely to make a gay guy straight as it is to make a straight guy gay. Sure you get the odd porn star that is gay-for-pay, the prison inmate that indulges in a spot of prostate thumping, but being gay is so much more than just sex. Something the PCG clearly do not understand. No amount of therapy will take away a gay person’s attraction to the same sex, it will only repress it. Nor will trying to pray the gay away succeed in producing a well adjusted happy heterosexual, it will only result in a self-hating, deeply fearful and inhibited person who will end up pretending to be something he/she is not. As for rehabilitating homosexuals don’t get me started...

What will happen to the gay guys being cured of homosexuality if they fall of the proverbial straight wagon and right onto a penis? Will it be like the AA where there’s a 12 step program and meetings start with “Hallo, My Name is Pierre and I am a Homosexual. It’s been 3 months since I last sucked cock”. And if you do end up with a cock in your mouth will you lose your sobriety pin and have to phone your sponsor? Will they enforce laws further criminalizing homosexuality and threaten gay people into faking being straight? Uganda is again trying to push for the acceptance of their genocide bill, not only criminalizing homosexuality further but could even see homosexuality being punishable by death. Will Uganda also be interested in Ghana’s earth shattering, psychological breakthrough new gay cure? Well I would not hold my gay fairy assed breath. It is an idea dreamed up by an ignoramus that probably secretly yearns to get some dick up his anus. What is Africa coming to? 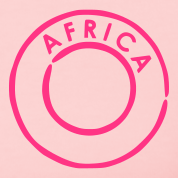 Sitting here on the Southernmost tip of Africa and looking up north, I am nothing less than ashamed of the continent on which I live and the way it treats its people. People are dying of famine in Somalia, there is civil unrest in Libya and I won’t even talk about Zimbabwe. HIV, poverty and violence are rampant and yet some countries choose to focus their attention on homosexuality. Like it’s the gays’ fault the economy has gone to shit, there are droughts, crime and that there are civil wars. But, like I have said so many times before, this will not stop certain organized religions and their morally corrupt benefactors to savagely exploits minority groups for their own evil gains. Unfortunately for us, the gays make for easy pickings on a continent that seems to lose more of its integrity each passing day. I am so not rushing out to buy a plane ticket to go to Ghana. I am perfectly content being gay and that’s not going away.